5 Addictive Mobile Games You Can Try in 2022 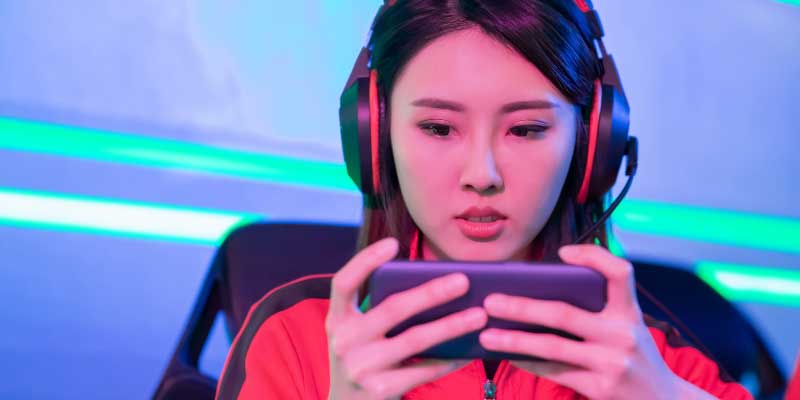 If you’re looking for a way to kill some time or want something that will keep you busy, I’ve got the perfect list of addictive mobile games for you. These five games are all highly addictive and will have you coming back for more.

Whether you’re into puzzles, strategy games, or just want to blast some aliens, I’ve got something for everyone.

So without further ado, let’s get started…

Angry Birds is back and better than ever with new levels, graphics, and gameplay. Angry Birds 2 game will sure to keep you busy for hours on end.

If you’re looking for a game that’s both challenging and addictive, look no further than Angry Birds 2. With over 300 levels to play through, there’s plenty of content to keep you coming back for more.

If you’re not a fan of Angry Birds, there are plenty of other mobile games out there that will keep you just as busy. Angry Bird 2 games got almost 100M+ downloads and positive ratings.

Clash of Clans is a mobile strategy game developed and published by Finnish game developer Supercell. The game was released for iOS platforms in August 2012, and for Android in October 2013.

The game is free-to-play, with in-app purchases available for additional gameplay content. Clash of Clans is one of the most popular mobile games on iOS and Android, with millions of players worldwide. The game is highly addictive and can be very time-consuming; it’s not uncommon for players to spend hours upon hours building their clans and attacking other players.

Clash of Clans is an online multiplayer game in which players build a community (in the form of a clan), train troops, and attack other players in order to earn resources. This strategy game has been around for a few years now, but it’s still as addictive as ever. Build your village, raise an army, and clash with other players online. There’s always something new to do, and you can play for hours without getting bored.

If you’re looking for a mobile game that will keep you entertained for hours on end, Clash of Clans is definitely worth checking out.

Just be warned: once you start playing, it’s hard to stop. This game requires an good internet connection.

Candy Crush is another one of the most popular mobile games of all time. Candy Crush is a matching game that’s easy to pick up but hard to put down. With over 1000 levels to play, you’ll be busy for hours trying to get past that next level.

Don’t let the cutesy graphics fool you, this game is seriously addictive. I can remember spending hours upon hours playing this game when it first came out, and I’m sure I’m not the only one. If you’re looking for a game to keep you busy, Candy Crush is great choice.

Brawl Stars is a fast-paced multiplayer online battle arena (MOBA) game developed and published by Supercell. The game features two teams of three players who battle it out in a closed arena. Each team has one player on each side of the arena, and the aim is to destroy the enemy team’s towers. The game is played in real time, and each match lasts for about three minutes.

Brawl Stars is a free-to-play game, and it is available for download on the App Store and Google Play.

Subway Surfers is an endless runner game where you have to run away from the police while avoiding obstacles. The game is set in different cities each time you play, and there are always new challenges to keep you busy.

The best part about Subway Surfers is that it’s free to play, so you can keep running forever. And if you ever get tired of running, you can always try one of the other four games on this list.

So there you have it – five of the most addictive mobile games that are sure to keep you busy for hours on end. From puzzlers to strategy games, there’s something here for everyone. So what are you waiting for? Start playing today.

Do you have a favorite addictive mobile game that we didn’t include? Let us know in the comments below.